Home
Monetization
Adsense...
My Second Adsense Experiment: The Results (And Lessons You Should Learn)

In April 2014, I published a post on Google Adsense, in which I went into details of how the program failed to meet up to my expectations when I tried it out on one of my blogs, NGFR. And I gave figures that could discourage anyone from the program.

It’s 11 months since I published that post, and I’ve made some discoveries that have prompted me to retract some points I made in that post.

In my last post, I stated how that same blog has grown significantly between April 2014 and now. And I promised to reveal how exactly the blog makes money.

Well, the secret is… Google Adsense!

When I-Jay (read the last post to know who he is) came on board, he didn’t just put money on the table. He already has an Adsense account, and he suggested we put up Adsense ads on the blog pending the time we’ll grow it big enough to start attracting advertisers (that was our original plan).

I almost dismissed the suggestion due to my experience with Adsense, but sometimes you just have to respect other people’s views and ideas especially when it comes to business.

That was how I floated Adsense ads on the blog the second time. But this time around, I-Jay gave me full access to the account, and I was in charge of creating the ads and tweaking them to match the blog.

We started running the ads on November 4, 2014. At the time, the blog was attracting about 2,500 daily visits. We kept experimenting with different ad sizes and placement positions until we arrived at the arrangement that seemed to generate most clicks and earnings.

At the end of November 2014, we earned $128. That was far more than I ever expected! During my first experiment with Google Adsense, my friend who owns the account I used didn’t grant me access to the account. He only created an ad himself and slapped it up in two positions on the blog. But this time around, I had full control over the whole stuff, and that’s why we earned far more.

By December 2014, we had published a lot more articles on the blog, and this increased our traffic and earnings. We earned $9 per day on the average. And at the end of that month, we earned $291.

In January 2015, with more articles published and even more traffic, our average daily earnings increased to $12. And our total for the month was $361.

So, between November 2014 and February 2015, Google Adsense fetched us a whopping $1,216 (about N233,000). And since our earnings keep increasing by the month, we can only expect more in subsequent months.

Now, let me show you some proof. See these screenshots:

Monthly earnings from November 2014 to February 2015

Email notification received from GTB after transfer of first payment ($419)

Email notification from Access Bank after transfer of second payment ($362). We had to switch to Access because we had issues with GTB.

Because NGFR had started generating a decent income from Google Adsense, we’ve decided to leave it as the blog’s primary monetization strategy for now.

So, can you really make a decent income from Adsense?

However, contrary to what I stated in that old post, you don’t really have to target a global audience to earn good money through Adsense. Even with a blog targeted solely at Nigerians, you can get attractive monthly paychecks from the program.

Does this make Adsense the best monetization strategy?

No! Affiliate marketing and information marketing are far better monetization strategies than Google Adsense. Why? Because either of them places you in total control, and to make a decent income from either option you don’t have to generate as much traffic as you would need for Adsense.

Remember, with Google Adsense you’re at the mercy of almighty Google. If your account gets banned for any reason, there’s nothing you can do about it. You’re just not in control. But not so with other monetization strategies.

With Google Adsense, you can earn a decent monthly income from your blog, even if it caters to a Nigerian audience, though you would need huge traffic to get to that level.

However, the downside to Adsense is that you’re really not in control; Google is your boss, and you might fired anytime!

But I have to admit now that Google Adsense really makes sense. Grow your traffic and you’ll get well paid. 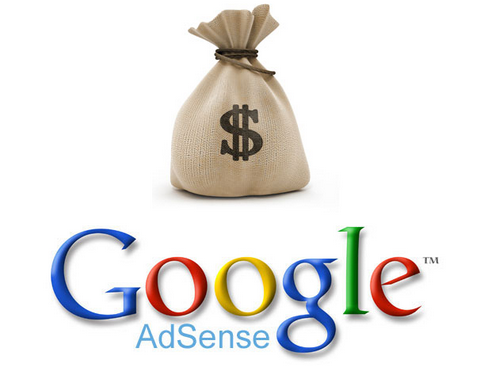