Discover How to Make Money Online

Sometimes in 2016, I came upon the idea of one promising niche — targeted at Nigerians, of course

I quickly did my keyword research, and I figured my instincts were on point: The niche comprises hundreds of lucrative keywords used by Nigerians. So I kept the idea somewhere in my mind — for months.

About one year later, I shared the idea of the niche with a friend who had struggled with a number of online businesses and was looking for a promising one to settle down with.

It wasn’t easy giving out the niche idea just like that, but I did because I wanted to help someone. After all, I already have a number of money-spinners to myself, and I might not even have the time to work on the idea.

But to my surprise, my friend later discarded the idea. His reasons were that it won’t be easy getting information for the different topics within that niche, and that the niche would require frequent updating of articles, which he wouldn’t be able to keep up with. Of course, I had no problems with his decision.

Few months later, someone else who stumbled on my blog got in touch with me, asking me to suggest a good online business he could invest in. According to him, he was ready to pump up to N500,000 into any lucrative online business.

I quickly remembered my “golden” niche idea. I told him that I have a cool niche we can build a new blog around. I didn’t disclose the exact niche, though.

After enlightening him on how I plan to start and grow the blog using the power of keywords and long-form content, he asked how soon he would start to get returns and how much the blog would be generating. Those are questions I hate to be asked because I can’t give definite answers to them.

While I was beginning to sense some desperation to make quick returns in his tone, I patiently answered his questions, giving some realistic expectations based on my personal experience.

Afterwards, we agreed that he would start by releasing N100,000, which would cover the cost of hiring writers for the first batch of articles. He would be a “sleeping” partner, while I would be in charge of everything related to the setup and running of the site.

But that was the last time we communicated. He didn’t contact me to follow up on our plan. And I didn’t bother to contact him, either, because I don’t want to create the impression that I’m desperate for his money. Again, I held on to my golden niche idea.

Suggested:   Ethical Link Building: All You Need to Know

Fast forward to December 2017, I decided that I was going to implement my niche idea myself. For over one year, it’s been there in my mind, gathering dust (not the literal dust; my mind isn’t dusty inside. LOL!).

My final posting in medical school was to start in January 2018, so, it was obvious that I won’t have the time to write articles for the blog myself. But I had to do the little time permitted me to.

I quickly chose a domain name, registered it with Namecheap, and set up the site on my hosting plan with the same company. I chose a cool premium theme (the same one I’m using on this blog), installed a number of necessary plugins, and linked up the site with Google Analytics and Google Search Console.

I needed to hire another writer because the one writing my other blog “NGFR” always had enough work on his hands. Within a few days, I was able to get someone — a cool headed guy with amazing research skills. And I sent him the first batch of 20 topics. That was how I started building the blog. It wasn’t so easy creating time for that amid tight school schedules, though.

My usual strategy with any blog is create is to publish the first batch of well-optimized articles and then leave it for a while. I usually wait for about 6-9 months to see if the blog would show signs of growth — or potential for growth, at least. If see positive signs, I’d start pumping in more articles. Otherwise, I’d abandon it. This helps me to minimize risk.

So, after publishing the first 20 articles on the new blog, I decided to stay put and watch what happens.

Although my usual waiting time is 6 to 9 months, the new blog started generating traffic on its own after just 2 months! I needed no other sign that this was going to be another money-spinner. So, I resumed work on it, publishing more articles. And here are the results:

By the end of January 2018 (after just one month), the blog started generating about 100 page views per month:

In February 2018, daily page views increased steadily from about 100 at the beginning of the month to about 550 by the end of the month:

In March 2018, daily page views increased steadily to about 1300 by month end:

By the end of May, daily page views have increased to about 5,500:

Traffic generated so far has been majorly from Nigeria (89%) and from organic search (search engines like Google, etc.)

I didn’t monetize the site until March 2018, when I was sure of the site’s growth potential and ripeness for monetization. I didn’t sway from my original monetization plan — Google Adsense. And here are the site’s earnings since March:

5 Important Things You Should Learn from This Story

As I always do, I share my stories — both successes and failures — to teach lessons and drive home some important points. And this post won’t be an exception. Here are some important take home points for you.

#1. Blogging isn’t dead at all

With the rate at which people go into blogging these days, one might be tempted to think that the blogosphere is saturated already and that blogging has been flogged to death. But that’s plain wrong!

Truth is, more than 80 percent of wannabe bloggers quit within months. So, there’s always enough room for new players. If you play the blogging game correctly and smartly, you’ll succeed at it.

As of the time of this writing, my new blog already has about 200 articles — each about 1,000 words long. There’s no way I could have written that much myself. (Even this blog (Web Income Plus) has less than 100 articles, and this is the fifth year since I started it.)

But with money, I was able to speed up the blog’s growth. So far, I’ve spent over N300,000 on articles alone. I’m already recouping my investment, though, since the blog’s income now trumps my monthly spending on articles.

I have built a number of successful blogs, but I’ve never recorded any success as fast as this. When I sat down to think deeply about what I did differently, I could only give myself one answer: implementing the silo structure.

I’ve never implemented the silo thing on any site before this, so I can deduce that it played a key role in speeding up the success of the site. I doubt if I would be discussing a topic like silo structure here because it can be somewhat confusing for beginners. But if you’re interested in learning about it, this post would help.

Even though I have 6 to 7 other sites that were generating income that added up to a cool monthly total for me, I still won’t stop exploring new opportunities. You know why? Because “anything can happen”.

Few days ago, the traffic to one of my highest earning Amazon affiliate sites suddenly crashed by 50% — for reasons I’ve yet to figure. While I wasn’t happy about it, I was glad that I had other sites to fall back on. You can imagine how downcast I’d have been if that were to be my only site. And as I’m typing this, I’m already working on a new affiliate niche site while planning to launch three to four new blogs for Adsense within the next three months.

If you think there’s some magical stuff that I use to get results, you’re wrong! The keys to success in blogging these days haven’t changed: Find a good niche, do your keyword research, and publish long-form content consistently. There are no shortcuts.

Before you start thinking I’m a magician of some sort, remember this: As I stated in this post, I’ve had my fair share of failures. And just so you know, before creating this new blog, I created two others that are not necessarily failures, but aren’t as successful (neither is earning up to $100 monthly).

There you have the details on how I started and grew the newest income-earning blog under my belt. Let me know if you have any questions, contributions, objections, or other thoughts. And don’t forget to share this with others. As always, you rock!

I'm an Internet marketer & serial blogger with over 7 years of experience in online business. I'm also a practising medical doctor and proud father of 4 energetic boys. When I'm not in the hospital attending to patients, I'm either on my PC working on my web-based assets or playing with my wife and boys. Click here to read more about me. 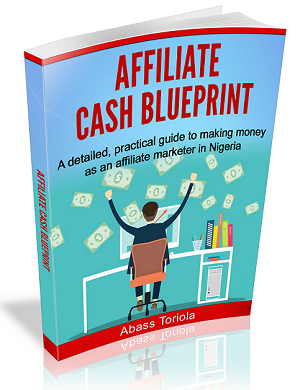 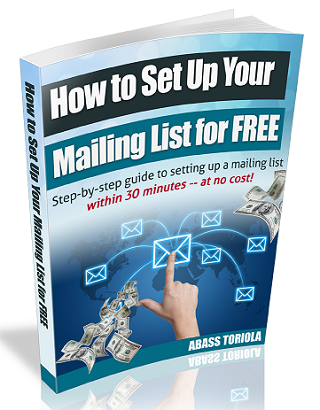